The oldest fragments of human habitats in the area of ​​Sokobanja date back to the Neolithic era (remnants of pottery from the cave of Ozren). The old fortified towns originate from the time of Emperor Justinian, and they were a part of the Serbian medieval state (Sokograd, the town of Vrmdza and Bovan) until 1413, when they were devastated.

Sokobanja is first mentioned as a military fortification and settlement in the biography of the despot (the ruler) Stefan Lazarevic, and which was written by Konstantin the Philosopher. The Turkish travel writer, Evliya Celebi, was the first to mention the healing properties of Sokobanja waters when he was describing the Turkish bath in 1663. Prince Milos Obrenovic renovated and rebuilt this bath, which was liberated from the Turks in 1834. The prince also sent the samples of water from the spa for analysis to Vienna, and named the first spa doctor, Leopold Ehrlich. 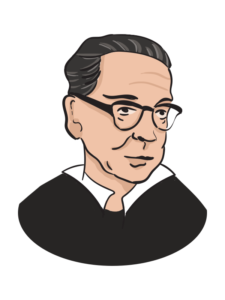 In the First Serbian Uprising, 1808, Hajduk Veljko liberated Sokobanja from the Turks and called it his Banjica (Spa). In the second half of the 19th and the beginning of the 20th century, up till the Second World War, Sokobanja became a meeting point of iconic scientists, writers, artists and bohemians: Ivo Andric, Branislav Nusic, Isidora Sekulic, Stevan Sremac, Jovan Cvijic, Mesa Selimovic.

The order was created in the office of Knjaz Milos in Kragujevac for the ensign Lazarevic, who was sent to the spa to use hot water on June 8, 1837 (according to the old calendar). The original order (voucher) is kept in the History Archive in Kragujevac. The document originates from the moment when the development of organized and health tourism in Sokobanja and Serbia started – June 21 (according to the new calendar).