On this page you will find practical information to help you plan your trip and stay in Sokobanja. What are your interests? 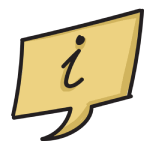 The Moravica River flows through Sokobanja. It forms the Bovan gorge in the west of the valley. Sokobanja is located 30 km from the E-75 motorway and from the main train line.

Sokobanja is 230 km far from Belgrade and the airport ‘Nikola Tesla’ as well, and 60 km from Nis and the airport ‘Car Konstantin’. The bridge from Sokobanja to the Timok region leads by the regional roads, via the towns of Boljevac and Knjazevac. The municipality of Sokobanja comprises an area of ​​525 km2 and has about 17,000 inhabitants. About 8,500 people live in the town of Sokobanja.

Sokobanja is notable to many for its thermal springs, clean air, outstanding cuisine and sounds of the accordion, along with its striking landscapes, the longest tourist tradition in Serbia and amicable inhabitants. What singularizes Sokobanja compared to other tourist places is its lavish and exceptional nature – diverse mountains, dense forests, rivers, lakes, caves, unpolluted air rich in oxygen and negative ions. It is fair to say that Sokobanja accurately carries the title of the ‘Green Heart of Serbia’.

Sokobanja is the perfect place for adventurers and explorers alike, who want to uncover the secrets of hidden landscapes in intact nature. Some of the things that visitors should not miss are: the obscure landscapes of mountain Rtanj, the pit with icy ornaments, the hidden trails of both caves (of mountain Sesalac and mountain Ozren), the God’s Gate and the flawless areas of mountain Devica.

Sokobanja provides excellent conditions for active holiday and taking part in diverse activities, which positively affect the improvement of both physical and mental condition, and a general condition of the body. These can be: extreme sports, walks in stunning nature, stopping over at one of the multiple designated picnic areas, swimming in spas, enjoying the water park, bathing in the Moravica River and lake Bovan, taking part in sporting and exercise-related events and other activities, which all depend on the desires and preferences of visitors. 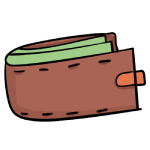 The price for single room is increased 500,00 RSD during the weekdays. Sojourn tax 100,00 RSD per person per day. Price includes:

Price of tickets for swimming pool and wellness treatments for guests outside the hotel:

Prices in hotel „Sunce“ may fluctuate during the year, depending on the number of persons, types of services, period of the year and days in the week during which the services are used. Very affordable promo packages are always available. For more information contact the reception desk or check the official website.


Prices for overnight stays in private houses and villas

Prices for overnight stays in private accommodation may vary depending on the location and quality of services. Meals in restaurants: breakfast, lunch, dinner 1,000 - 1,150 dinars.

How to get to Sokobanja 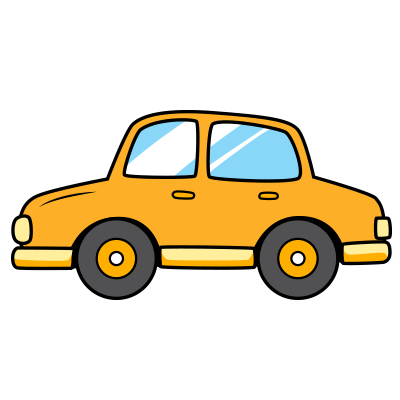 Sokobanja is connected with roads and railways via Aleksinac, and these roads and railways pass from Belgrade through the valleys of the rivers Great Morava and the South Morava towards Nis. Sokobanjais connected with the Timok region via regional roads through the towns of Knjazevac and Boljevac. The Airport ‘Constantine the Great’ in Nis is 58 km away from Sokobanja. The easiest way to reach Sokobanja from Belgrade is on the E75 Belgrade-Nis highway, from where you take the exit at the mines of Aleksinac for Aleksinac. From there, you travel another 30 km to Sokobanja.

The specialized hospital for prevention, treatment and rehabilitation of non-specific lung diseases ‘Sokobanja’

This specialized hospital has 560 beds in 4 objects: the Old Institute ‘Sokograd’, the New Institute and villas ‘Bota’ and ‘Dalmatia’. It also has modern computer technology for examining lung and heart function, an automatic biochemical laboratory, an X-ray room, a clinic with the departments for prevention, semi-intensive and intensive care, and a part for respiratory and general locomotor rehabilitation.

Wellness and fitness programs, weight regulation programs and schools for quitting smoking are successfully implemented to improve the general wellness of the body. The hospital also has a Turkish bath ‘Amam’ with a natural inhaler, as well as a bath ‘Banjica’.

The specialized hospital for eyes and obstructive lung diseases ‘Ozren’

It is the oldest health institution in Sokobanja. It specializes in the treatment of obstructive pulmonary diseases, cardiovascular and eye diseases. It is located on the mountain Ozren, at an average altitude of 800 m. The treatment in this hospital is based on complementing natural healing factors, modern methods in the field of balneo-climatology, and appropriate medications. It has 280 beds.

It is located on the edge of the park ‘Banjica’, above the town’s beach ‘Zupan’. Besides the accommodation capacity of 270 beds, it has a health service for the diagnosis and treatment of diseases of the respiratory tract, locomotor system and minor diseases of the nervous system. The medical staff of this spa provides the services of hydrotherapy, electrotherapy, thermotherapy, inhalation and massages.

It is 16 km away from Sokobanja. Health tourism in this spa is based on the usage of healing waters and peloids. There are 5 thermo-mineral springs in the spa: sulfur water, iron I and II, stomach and red water. These waters belong to the group of oligomineral earth-alkaline hypotherms, with a temperature between 18 and 22°C.

The Tourist Organization of Sokobanja was founded with the aim of developing, improving and promoting the tourist offer of Sokobanja. The primary objectives of the Tourist Organization of Sokobanja are increasing tourist trade, creating the conditions for the further consolidation of the tourist offer, providing the conditions for a joint appearance at tourist exchanges, improving marketing and information activities, maintaining good relations with TOS, with the corresponding ministry and other tourism organizations in the country and abroad, creating an environment of the connections with the same interest matters in order to regionalize the tourist offer and creating the conditions for further development of domestic tourism while finding the opportunities for much faster and more significant positioning of Sokobanja as a tourist destination on the international market.

During the event of Spa Fun Summer, the literary club ‘Falcon’s Feather’, organizes numerous literary and poetic evenings in the amphitheatre in front of the museum. This association is active throughout the year, and out of season, it organizes literary evenings in the Gallery-Legacy of Milun Mitrovic and in the library ‘Stevan Sremac’. The association is the organizer of two events: the literary competition ‘Morning over Ozren’ and the Poetry Marathon. It gathers a great number of amateur writers and enthusiasts. It cooperates with similar associations, from the country and abroad. The members of the club are the honorary owners of numerous and valuable recognitions for their literary works, especially those inspired by the nature of Sokobanja. The poet Dobrica Eric was also a great friend and collaborator of the club ‘Falcon’s Feather’. Contact phone: 064/47 31 812.

The amateur ‘SB’ theatre was founded in 2006. The specially adapted scripts for famous Serbian dramas and works are being prepared by the theatre’s founder, professor Mirjana Milenkovic. The members of this theatre are amateur actors, but they act with the zeal of true professionals. It does not matter whether the entrance is free or the ticket is paid, there are never free seats where the performances of the ‘SB’ theatre are held, which speaks of the quality and dedication of its members. Contact phone: 064/218 62 10.

The ethnological workshop of Sokobanja was founded in 2002. The primary objectives of the Association are the preservation of the traditional and spiritual values ​​of the Sokobanja region. The ethnological workshop protects the things by which Sokobanja is recognizable. They use methods that have long been obliterated in creating objects with the method of traditional processing. The value of engaging the members of the workshop was recognized by domestic and foreign patrons, who helped in opening the educational centre, where locals and spa guests can master the traditional skills of making objects. Contact phone: 063/78 94 858.

The Association of artists ‘Vrelo’

The Association of Artists ‘Vrelo’ was founded in 2009. It brings together poets, writers, painters, musicians, singers, actors and other representatives of fine arts. The association had its first public performance, on July 2, 2009, in the atrium of the Homeland Museum in Sokobanja, as part of the ‘Spa Fun Summer’. This association organizes art exhibitions, literary evenings, plays and other cultural events and in that way, it enriches the cultural life and tourist offer of Sokobanja.

Address of the Hunting Association ‘Falcon’:

The Association of sport fishermen ‘Moravica’

The Association of Sport Fishermen ‘Moravica’ from Sokobanja belongs to ZOSR ‘South Morava II’ from Nis, from the fishing area ‘Serbia-East’. CSSS ‘Moravica’ manages Bovan Lake and waters in the Moravica River Basin on the territory of Sokobanja. The Association of Sport Fishermen ‘Moravica’ takes care of the condition of the fish stock in the river and lakes. For all information, please contact the association on phone +381 64 27 18 547 or by e-mail: infor@usr-moravica.com.

The Ecological Society of Sokobanja

The Ecological Society of Sokobanja is a local non-profit organization that actively works on completing the vision of Sokobanja as a municipality in which nature is used in a sustainable way, the residents are ecologically educated, settlements and nature are clean, and the village is prosperous.

The association was founded in March 2019, by 13 citizens of Sokobanja, sincere nature lovers, who are ready to invest time and energy in the improvement and protection of Sokobanja’s nature.

Within the ESS, there are 8 operational teams that have been carrying out activities in accordance with the plan since the first days of the society’s existence. The goals that SES wants to achieve with its activities and actions are: improving the environment; protection of the living world; educating residents, especially children and young people about the importance of environmental protection and living in harmony with nature; village preservation; support for healthy food production; conservation of agrodiversity, and others.

The cultural and artistic association ‘Falcon’ takes care of preserving the original creativity of the Sokobanja region. It has about a hundred members and several folklore ensembles. CAA Falcon proudly owns numerous domestic and international awards for the collection of traditional games from Serbia and from the Sokobanja region. They have performed in Ukraine, Greece, Turkey and other countries. CAA Falcon organizes the traditional folklore festival ‘Igra kolo pod Ozrenom’ each year in August and the festival ‘Sokobanja-Sokograd, igra star-igra mlad’ in May. Performances of CAA Falcon, for years now, give the essence to the entertainment program in the spa during the summer. Contact phone: 065/868 81 81.

The cultural and artistic association ‘Dusan Jovic’ was founded in 1946, with its main office in the village of Resnik. It is named after a young man who died at the age of 16 in the fight against the Germans, near the town of Boljevac, in 1944. Today, the society gathers about 70 members in three folklore sections: younger pioneers, pioneers and young people. CAA ‘Dusan Jovic’ performs every year at the Folklore Festival in August.

This is one of the folklore groups that is intensively engaged in fostering the intangible cultural heritage of the Sokobanja region. It is about folklore that in its performances nurtures exclusively traditional music, songs using the costumes of the Sokobanja region. CAA ‘Sesalac’ achieved notable results at the music competition ‘Sljivik’, at the Radio Television of Serbia.